The latest addition to the brew gear is a counter-pressure bottle filler.  Sure, kegs drastically reduce the workload when compared with bottling a whole batch – but it does mean a sacrifice in portability.  Plenty of people hear of all these wonderful brews that are on tap 24 hours a day at my house, but unless I’m prepared to lug a keg around to their afternoon BBQ (which does happen on occasion) these things remain folklore.  This bottle filler allows small runs of beer to be filled off a keg and into bottles.  Also, because the beer is already carbonated it avoids the need for a secondary fermentation in the bottle – totally avoiding sedimentation and giving complete control over carbonation levels.

It works by pressurising the bottle to be filled with carbon dioxide at the same pressure as the keg.  Then beer is allowed to flow into the bottle by allowing a small amount of gas to escape from the bottle – ie as the gas very slowly leaks out of the bottle it is replaced with beer.  During this whole time the pressure level is maintained in the bottle so that the carbon dioxide in the beer cannot come out of solution and the beer start foaming.  The filler rig is removed and the bottle capped.  As the beer is cold, the gas lost from the beer during this stage is minimal.

As you can see from the photo above the amount of head formed during filling is essentially non-existant.  It doesn’t take much imagination to picture what the bottle would look like if I simply tried to fill it from a beer tap or gun – it would be at least 50:50 foam to liquid!

The process is really simple.  First the valve at the top points towards the gas side.  This allows gas into the bottle and I purge the air inside by allowing a small amount to leak through the pressure relief valve.  The valve then gets turned to the liquid side and beer starts flowing into the bottle.  The PRV gets adjusted so that beer flows into the bottle at a sensible rate.  As the beer nears the top of the bottle the valve gets turned to the middle (off) position.  The PRV is opened to release the pressure, the filler removed and the bottle cap swiftly put in place.  All this can be done quite comfortably from a chair by one person, with empty bottles on one side and full ones on the other.

The filler itself is full stainless steel in its construction and at $50 I think it’s a bit of gear that every kegger should have in their arsenal.  Clean-up is very easy too – I just blow the excess beer out of the beer line, pass some water through it from a water tap and give the rest of it a clean in the sink.

One last word of warning: I always use my bottle filler wearing safety glasses.  On the one hand the filler should be putting the bottles under less pressure than a secondary fermentation and should too much pressure occur the filler should pop out of the top of the bottle neck, but for the sake of a simple pair of safety specs it seems an easy and unobtrusive way to protect against what would be a total disaster.  Imagine a small flaw causing a glass bottle to totally let go in your face!

Previously I have posted the odd recipe and mentioned that some of these dishes were part of my Formula One Food game.  But I haven’t really mentioned in any great detail what any of this was about.  So in heady anticipation of the 2013 Season starting in March, I’m doing a 2012 retrospective…

First, what is this all about?  Well the idea was to cook for a whole year in the style of cuisine of each host nation.  So on the night of each race I would eat food typical of that location.  This turned out to be both great fun because my girlfriend and I ended up eating cuisines that we otherwise probably wouldn’t have gone looking for recipes for, and quite a commitment because the races really sneak up on you.  It also ended up being a very sociable challenge because often it was a great excuse to have friends over for a meal, some drinks and to watch the race.  Indeed it converted a lot of people to Formula One, who were not previously into motorsport!

I only came up with the idea during the Australian Grand Prix, so the gallery of meals only commences from Round Two onwards… 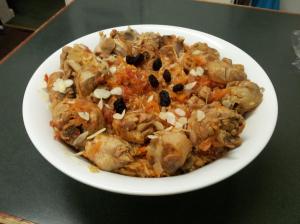 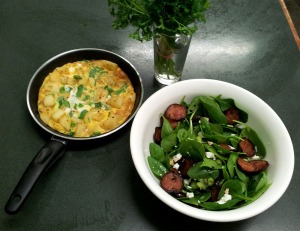 Round 9 (Great Britain) – Full English Breakfast (aka best dinner ever) 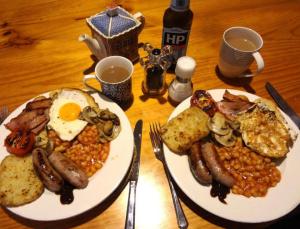 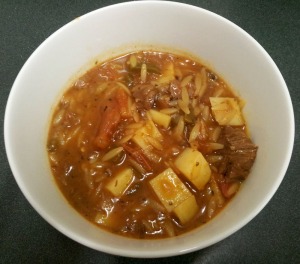 Round 14 (Singapore) – Singapore Noodles (yes, not authentic I know) 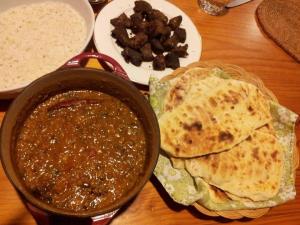 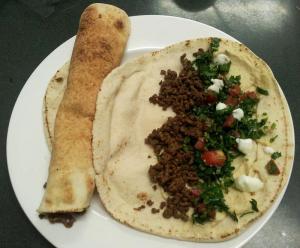